If it Rains and if it Doesn’t

With the Statewide drought declaration, there is renewed interest in the impact the 2021-22 winter storms had on District water supply.  Despite a third consecutive dry winter, locally water supply conditions are such that even without additional rain the District has enough supply to avoid the need for mandatory demand reduction requirements in 2022.

What Will the Impacts of this Year’s Winter Storms Be?

Typically, the South Coast receives the majority of its average 18 inches of rain between December and April.  The impact of seasonal storms can be dramatic, as witnessed in 2017 when over 10 inches fell in February and the lake rose from 7% to 50% of capacity.  In order to see significant inflow into Lake Cachuma an average to above average rainfall year is usually needed.

This last winter, while December of 2021 was a very wet year, January and February ended up being the two driest consecutive months on record for that time of year.  Unfortunately, while the November and December rainfall experienced brought much needed soil moisture, the storms only created minimal runoff into Lake Cachuma.  Since that time, there has been effectively no runoff into the Lake, and all inflow has been offset by evaporation.  That’s why the 10 inches of rainfall received in November and December of this year were so promising, and a dry January through March so disappointing.  The lack of additional rain in January through most of March means that smaller storms at the end of the rainy season, such as the one experienced on March 28, likely will not generate enough runoff to have any impact.  Updated rainfall and reservoir data is available to track here.

Regardless of what the final month of the rainy season brings in April, the District’s diverse water supply portfolio and ongoing conservation by customers mean the Goleta Valley is prepared for continued dry conditions. 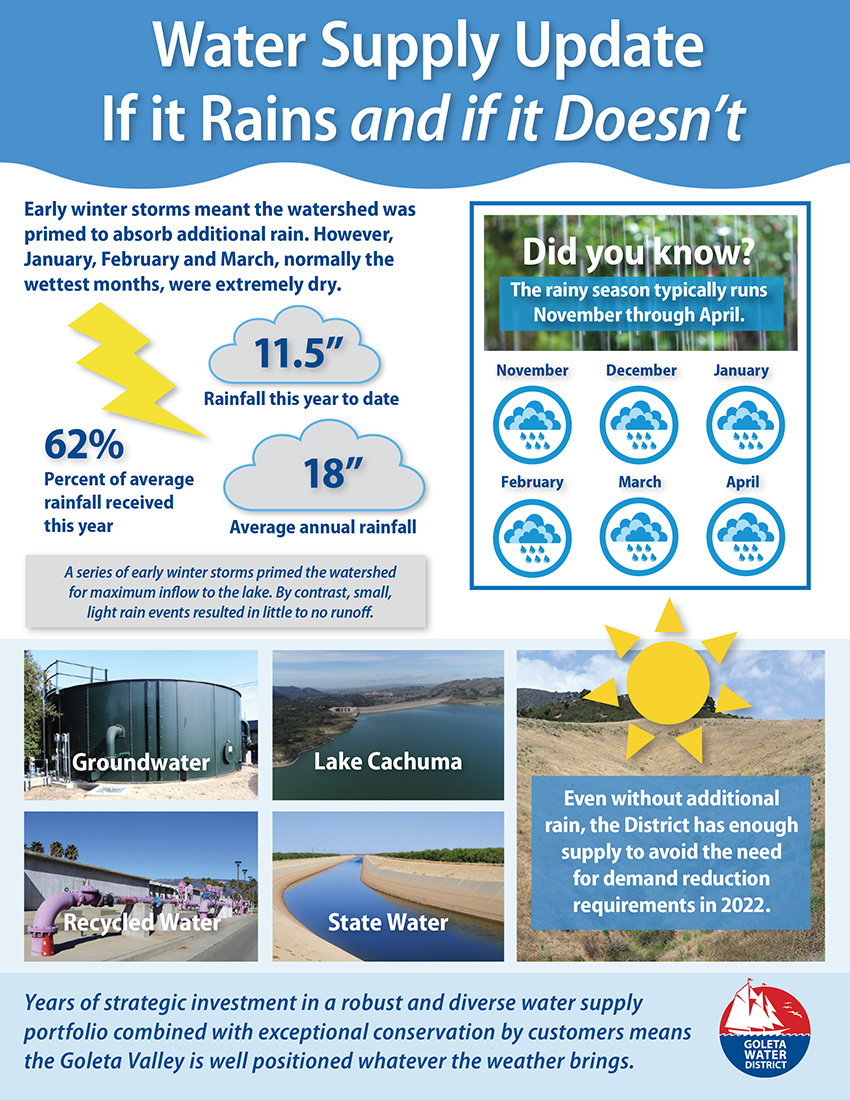